Can you really Tap your troubles away? 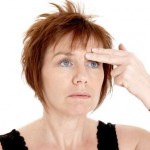 Over recent years the concept of “Tapping” on specific parts of the body has been developed into arguably the most effective ever form of psychotherapy or energy therapy. There are now several versions or adaptations of the technique and I would like to share with you  exactly where it originated and how it works. I first came across TFT when I was attending an NLP training. I had experienced a big trauma two days before the course and I was so upset I wasn’t sure I would make it through the training; one of the assistants saw my distress and she started tapping on my hands and face. I had no idea what was happening but within a few minutes I felt better. I literally felt the trauma leave my body. I was hooked. I researched the origins of “Tapping” and found out that it was discovered by Dr Roger Callahan. I am always keen to go to the originator of any therapy so I went on a 2 day TFT (Thought Field Therapy) Callahan approved course.  I immediately began to use TFT on clients with astonishing results. One of my first clients was a chronic agoraphobic and after just one treatment she went for a walk around the block by herself with the complete absence of fear. Her young daughter hugged me and said “This means I won’t have to walk myself to school anymore!”  I was so overcome with emotion at having helped her so quickly and effectively that I wanted to learn more, and went onto complete more advanced trainings with Dr Roger Callahan himself.
Roger discovered the concept of tapping meridian points whilst working as an associate professor and research 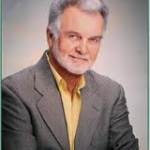 clinical psychologist in the United States. He had become frustrated with the lack of progress existing methods offered his clients and began to study the meridian system and the concept of energy therapy looking for answers as to why some emotions become trapped inside our psyche. The meridians are invisible energy pathways that run throughout the body and have been used for hundreds of years in traditional Chinese medicine, most commonly in acupuncture, where needles are inserted into specific points along the meridians enabling  the body to clear the problem. The premise of most energy medicine is not to heal the body, but to allow the body to heal itself. In the UK the NHS has now finally recognised acupuncture and it can be a very effective treatment for a variety of conditions, including pain management. Some midwives are now trained in Acupuncture and use it as a drug free alternative during child birth and it is commonplace with many physiotherapists. Clear evidence the meridians have a direct influence on how and what we experience physically.
Roger was fascinated  by the potential emotional response to treating the meridians, and his first discovery was that tapping on the points as opposed to using needles, was sufficient to change the flow of energy within the system and get a result.
Roger then discovered whilst researching earlier works by John Diamond and others who had already looked into this field, that each meridian stores information relating to certain emotions. For example the bladder meridian relates to traumatic memories or experiences, and the stomach meridian relates to fear and anxiety. He realised that by tapping on the end of these meridians whilst thinking about the problem, the specific emotion can be eliminated.  His first great result was with Mary, who had a chronic fear of water (so much so she could not have a bath) and having treated her using traditional methods for eighteen months,  he tried out his theory and tapped under her eye, amazingly the fear literally left her body in a few minutes and she walked down to the swimming pool where they were doing the treatment to touch the water. Something she would have been completely unable to do a few moments earlier. Dr Callahan was more surprised than she was! He quickly realised that for most people tapping more than one point is necessary and began developing a diagnostic system using kinesiology to identify which meridians needed clearing for each individual. He kept detailed records and noticed that for many people with the same or similar issues, e.g. fears and phobias, or depression and sadness, the same sequences were diagnosed. He published these sequences and called them “algorithms”. They range from one treatment point (as with Mary) to several of the fourteen possible  available. The success rate using algorithms is around 80% after just one session, far and above any other therapy’s record. I am a qualified clinical hypnotherapist and have always got great results with clients using hypnosis, but it would have taken me several sessions to get the kind of results I now get in one or two treatments when it comes to removing painful emotions and the results are more dramatic. Hypnotherapy can then be used to put something more positive and useful in its place. It’s a perfect combination. 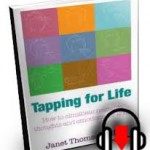 Click here If you would like to know the difference between TFT and EFT and other forms of “Tapping” and find out  and how “Tapping” has become so popular and can be learned quickly and easily. You can check out my book “Tapping For Life” published by Hay House (which comes with some audio hypnosis tracks) and see TV clips of me using TFT to treat phobias, pain, depression and for weight loss on my website. If you would like to learn how to use TFT  you will also find details of the 2 day TFT training course which is open to anyone. The next one is in Warrington on June 22/23rd. Or feel free to email me with any questions  relating to TFT janet@188.64.190.148