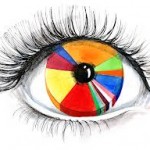 This week I worked with a lady who had a severe needle phobia, which was a problem as she had to have a biopsy on a lump in her breast a few days later. She came to see me after a friend of hers I had previously treated  told her about Thought Field Therapy. I asked her how she had learned to become afraid of injections when it’s well known that they save lives; she was totally stumped by the question.  People are often totally unaware of when or how they “got” their phobia; but the only fears we are born with are the fear of heights and the fear of dying, all the rest are learned. If you have a snake phobia, somewhere along the line something happened to generate this reaction. I worked with a lady with such a severe phobia of frogs that she couldn’t even write the word down, when she saw I had written it down in her notes she had a full blown panic attack. Turns out her mother had a frog phobia and used to get hysterical if she ever saw one and taught her children to avoid any environment where there might be one. Two hours later we were on our hands and knees by my garden pond trying to find a frog to test the treatment had worked – given that she was on her hands and knees looking for one I was already pretty sure it had!  And so it was with my needle lady, we established she had learned to be afraid of needles when a school nurse was particularly heavy handed giving her a tetanus jab. We cleared the memory of this experience and she just could not get the fear back. She said the two words I love to hear  in my clinic the most; “its gone!”  After we had eliminated the fear I thought it would be nice to teach her a  guided visualisation technique to use as a form of self hypnosis when she was having her procedure. Something so powerful that she would be able to take herself away somewhere in her mind to a beautiful sanctuary where she lost all sensation of anything that was going on. I took her through a guided meditation and invited her to create a journey to a sanctuary, a place  that she could visit again and again, any time she needed to escape from an unpleasant procedure or event. In her visualisation she chose to go with a friend to a beautiful beach in Fiji that they had seen in a brochure, and as we went through it she relaxed very deeply into the experience.

When she went to the hospital a few days later her friend accompanied her for moral support. The nurse asked her to get ready for the biopsy and told her friend she couldn’t come in – my client was horrified, “she has to come in – she’s in my visualisation, you don’t understand she HAS to be here we are going on a journey together!” seeing her distress the doctor agreed and the friend was by her side. She closed her eyes and began their journey to the beach, and achieved such a deep sense of self hypnosis that the biopsy was a mere irritation as she was seeing herself and her friend relaxing on the sand. She said it felt like a fly landing on her skin that she couldn’t be bothered to squat! When she recalled this to me I was struck by how important it is for some people to be able to get a strong visual image in order to create an alternative reality.

In sports psychology “seeing yourself” hitting the perfect strike, being first across the line, clearing the highest pole, is a vital part of preparation. These techniques works because your unconscious mind doesn’t know the difference between a real experience, and an imaginary one. That’s why scary movies are scary! You see a gory scene, you know in your conscious mind that it’s all down to special effects and CGI, yet your pupils dilate, your heart rate increases, and you experience genuine physiologically induced fear.

If you have got something important coming up, perhaps an interview, a test or a difficult meeting, try imaging it going exactly how you would like. Run this movie in your minds eye several times until you can see and actually feel what its like to be in control in this situation. You can use this technique over and over again to great effect. Hence the saying “Seeing is believing”; if you have already seen it happen, then it has happened as far as your unconscious experience is concerned. You then draw on tis experience in the future.

In my book Tapping For Life I teach you the basic technique and you will be able to use it immediately to great effect. 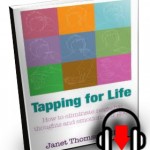 The great thing about TFT is that you can do no harm, so if you get it wrong, it does nothing. When you get it right (and it’s so simple to learn) then it can be a dramatic and immediate relief from emotional distress. You can get the book and 3 guided visualisations to give a more complete treatment if you click here.

If you would like to learn how to use TFT (Thought Field Therapy) to collapse negative fears, anxieties or phobias, I have two upcoming courses April 20/21st in Rugby and May 4/5th in Glasgow.  Come along and experience the amazing effects and literally collapse negative emotions, sometimes in just a few minutes. An accredited course you are then licensed to practice professionally, or you may just want to use it on yourself and friends and family. Either way its a valuable and potentially life changing skill.