You Did What!….. What Were You Thinking? 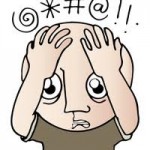 Have you ever done something that at the time seemed absolutely the right thing to do, you were certain it was a good decision, and then later when things didn’t quite work out as expected thought “what on earth was I thinking?” It seemed so obvious after the event that it was not the right thing to do at all. The question is not so much what were you thinking, but what part of your brain or mind were you thinking with? We know that we have a conscious and an unconscious or sub-conscious mind; the best analogy for this is to imagine a huge iceberg, with only a tiny point, maybe less than 5% above the water and the main body of the structure underneath. In simple terms above the water you can “consciously” process around seven pieces of information simultaneously, but underneath the water in your unconscious mind, literally billions of messages, some chemical, some emotional, are being transmitted every moment. It also contains an infinite storage device, so every memory and association from everything you have ever experienced is available and can be be accessed at any time.
We make decisions based on a thought, and ultimately everything we do is driven by the desire to feel good, and to survive. As hunter gatherers some decisions had to be instantaneous; if we were out hunting for dinner and it looked like we were about to become dinner instead, then there was no time for rational thinking such as “which bush shall I hide behind today?” In a split second or less you dive for a bush, if it’s the right bush that’s a good decision, if it’s the wrong bush – you are dinner. Perhaps your last thought would be “If only I had chosen a bigger bush…. What was I 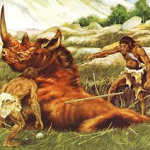 thinking!”
This instantaneous decision making without any logical processing of the situation is called “emotional thinking” and is very different from other thought processes.
Recently on BBC breakfast I listened to how people were placed in a scanner to monitor brain activity, and then shown various images to see which parts of the brain were switched on or off. When they were shown pictures of loved ones, the rational part of their brain was switched off, perhaps proving the saying “love is blind”. Does this explain why so many people stay in abusive relationships? I couldn’t help wondering as so many of my clients come to me for weight loss, if I put some of them in a scanner and showed them a picture of their favourite “sin” food, if the same thing would happen. Or perhaps if a smoker who knows in his logical mind that he is putting a killer toxin into his body with every inhale, that will almost certainly lead to illness or death, would also have the same response. Do that they simply delete this information and their emotional mind says “gimmee gimmee” like a selfish or greedy child wanting something that it knows will make it feel good, with no understanding or appreciation of the cost? there has to be some explanation as to how so many people can self harm on such a grand sclae, when we are ultimately programmed with such a powerful survival instinct. Is emotional thinking the way we bypass this when we want to do something that is bad for us?
In coaching there is a great saying that I love to quote which is “awareness is curative”. That means once your subconscious mind is aware of the danger of something, then it will begin to find alternatives to a specific automated behaviour. In my work with clients and in my seminars I have been able to help many people to change their thinking, and there are as many ways of doing that as there are people.
When you want to change something, whether it’s to lose weight, stop smoking, or to stop “doing” anxiety or depression, you cannot achieve this in a purely conscious way. You have to change your unconscious thought processes. For some this can be a light bulb moment, I have many times seen clients for one two-hour session and they have literally reprogrammed their minds to make different choices and don’t need to see me again. For others it can take two or three sessions to make the same changes. Habits are formed based on the feeling we associate with a certain action. If your mother gave you a biscuit every time you cried, you learned at a very young age to use food for comfort. There’s no conscious element to this; as a child you don’t rationalise that you may become obese in later life with these kinds of behaviours, although you may develop an unhealthy association with too many trips to the dentist for fillings, that’s probably as bad as it gets. No surprise then when as an adult you feel bad your emotional mind immediately gives you a tried and tested solution to make you feel good. It doesn’t stop to give you time to think “yes but I really want to get in that outfit on Saturday and this won’t help”. Post eating biscuit, your rational mind kicks in and then you think “why did I do that….. what was I thinking?”

Actions based on emotional thinking are very strongly driven and give us an often false sense of security. It sacrifices accuracy or relevance for speed. At times no doubt as hunter gatherers the ability to make a quick decision did protect us from danger in certain circumstances; but in today’s modern living it’s not so much the thought process that has changed, but the things we have to think about. Our hunter gatherer ancesetors didn’t stress over what to have for dinner, any food made them feel good.

One of the main techniques I use with clients is to teach people the power of association, and how to change old outdated associations such as “this biscuit makes me feel good” or “this cigarette makes me look cool”.
When you eat consciously, that is to really be aware of what you are eating, then you will automatically make better choices, not just in what you eat but in how much. when getting into a relationship if you choose a partner with a rational mindset as well as some of the necessary chemistry, then you may well avoid some heartache, and if you think consciously about what you put in your body, you will never smoke or take drugs.
There is no pill or potion you can take for this. It’s a skill that you can learn. Modern psychological and life coaching therapies, including hypnotherapy NLP (Neuro Linguistic Programming) and Thought Field Therapy (Tapping) to name a few, have brought us the skills and the techniques that can be used to great effect when you genuinely want to change your mind or your body, or indeed to use your mind to change your body. 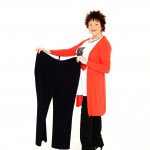 workshop. The upcoming dates are March 17th Watford, April 13th Rugby, April 28th Warrington and May 4th Glasgow. You can also follow me on Facebook and Twitter.