There’s No Such Thing As Willpower

I used to write for a national slimming magazine. One January they asked me to reply to a reader’s letter who stated “I gained 7lbs over Christmas because I lost my willpower” My reply went something like this: Will power is not a “thing” therefore (unlike car keys) it cannot be lost. You just ate too much and are looking for someone or something to blame. When you honestly and completely take responsibility for what you eat, you are well on the way to changing it”. They wouldn’t publish it because it was too harsh! I didn’t write for them again as I thought if I couldn’t write something that might actually help someone get to the root of the problem, I would rather not write anything at all.

Her comment does raise an interesting point though, and it’s not the first time I have heard this excuse. Many 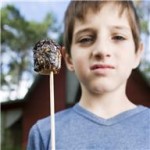 psychologists have studied this thing called willpower that does not exist: one such study showed that if 4-year-olds could resist eating a marshmallow while the researcher briefly left the room – for the promise of two marshmallows on their return – they were more likely to have higher university entrance exam scores later on, better paid jobs, successful marriages and better health.

The most interesting thing for me about this study is that it shows that how well we control our impulses is determined by what we learn early in life. The good news is that even if we don’t learn the benefits of self-control naturally as children, it doesn’t mean we can’t deliberately learn it later in life.

If you look at the fundamental premise of the study it shows that when we forgo something good, on the promise of something even better, we ultimately achieve more. For me, willpower is just a word used to refer to the amount of mental effort it takes to resist temptation, or stick with a given task even if it’s unpleasant, on the promise of a positive benefit. It just means we make choices, and what we choose determines the outcome. A better name would be “The Power Of Choice”. If you have read any of my books, especially “Weight Loss In Mind” or “Think More Eat Less”, then you will know I place great emphasis on understanding that we are programmed to avoid pain. It’s part of our survival instinct.  If the “diet” or studying for an exam, or any regime at all that you need to accomplish in order to achieve your end goal, is perceived as more painful than not achieving that goal, then you naturally self-sabotage. When you can associate pleasure with the regime  and intense pain with not achieving the end goal, then you are naturally programmed to do all it takes to get there. When you get this element right, you don’t need will power, which is just as well as it doesn’t exist 🙂

Imagine this: you get an invitation to a school reunion in 2 months time. When you were at school you had a great figure and were totally confident. Now a few years later you haven’t been looking after yourself so well, and it shows. There are a few bulges where you don’t want them, and trips to the hairdressers are few and far between. With no incentive to change you have just been drifting away from who you used to be, physically an emotionally, and your self esteem is not great. Suddenly faced with the prospect of  your peers seeing you and thinking you have let yourself go, the desire to get in shape before the big day is so strong that when you focus on this, anything you have to do to achieve it is acceptable. You embark on a strict diet and stick to it for 8 weeks, the bulges go, you even get your hair done, and thank goodness, the night is a success and everyone says how great you still look and ask how you do it! This is all well and good but if the regime involved eating things you don’t like and depriving yourself of things you love, then without the incentive of the party you will inevitably revert back to what you did before. Is this a lack of willpower? or is it just that you need to find a way of looking and feeling good that doesn’t mean a life of deprivation. Remember we are programmed to avoid pain, so if the regime is painful – game over. Instead of relying on something that doesn’t exist (will power) to get you to do things you don’t want to do (diet), find some things that you enjoy doing that will give you the same results (even if it takes a little longer to get there) and create a really strong vision of what you want to achieve. Focus on the benefits of achieving it until even the thought of not achieving it is  not an option. Then leave the rest to your uncosncious mind who will support you instead of sabotage your efforts. 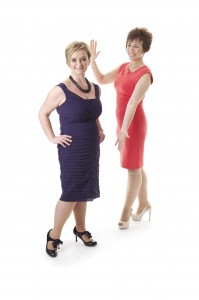 On my workshops both for Weight Loss and to Stop Anxiety, I teach a variety of methods that enables you to literally reprogramme your mind. It’s so much easier to change if the desire to change is natural and not forced. Success is guaranteed, you enjoy the process and I love my job. Everyone’s a winner!

The upcoming dates for the workshop are: