Hears the thing………… are you still istening? 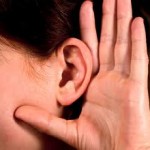 In my last blog I talked about how what you say to yourself and how you say it directly influences how you feel and everything you do. This is a follow on from that blog and I can’t emphasise enough how valuable it will be to you, to really take control of your internal voice. Have you ever heard someone do something wrong (e.g. a golfer missing a crucial putt) and they say “I knew that was going to happen!” countless people who say things like  “I knew it wouldn’t last” or “I knew that wouldn’t work I don’t know why I bothered!” and are never really surprised when what they say comes true. If you were to say to any tennis player,  “I want you to practice your serve and each time as you throw the ball up say to yourself I bet this balls going long”  it would come as no surprise to see that most of the balls go long. Why? because when you say something YOU are listening. Your unconscious obeys instructions without questioning why, but it deletes certain phrases or words that are not relevant; so for the above sentence all it hears is “ball goes long”. It duly obliges and you hit the ball with  enough force to make it go long, even though  you were “trying” not to. The basis of all good sports psychology is getting “in the zone” and this means being totally focused and banishing any and all negative thoughts and commentary. You cannot generate a positive thought in the prescence of negative commentary.

The key is to begin to pay attention to what you are saying, and then change it if you are not getting enough of what you want in your life. If you want to lose weight but you keep eating when you don’t need to, then instead of saying “one more cake wont hurt” you say “that cake will make me feel fat and ugly” then your unconscious would obey and despite having a mild desire for it, you can easily not eat it. Weight loss is just one example of how important it is to change what you say and how you say it, but you can take the same principle and apply it to almost every aspect of your life. Take the example of a friend of mine who recently went for a job interview. She was well prepared and having come out of university with first class honours as well as having relevant experience, was more than capable of doing the job. She researched the company so that she could answer any questions, and practised out loud her own mini speeches to sell her self effectively. A girl with a great work ethic she genuinely believed that they would be lucky to have her and that she would work her socks off to show them they had made a good choice. With this mind-set you would think they would snap her up; she thought so too, until she got to the waiting room and was asked to take a seat. After about ten minutes a guy came out of the interview room; she took one look at him and later told me he was drop dead gorgeous, looked totally calm and was confident and smiling like the cat who got the cream.  She said “I was doing great till this guy came out, he recognised someone else in the office who asked him how it went and he said it had gone really well. I took one look at him and my confidence just disappeared, I knew I couldn’t compete with someone like that. When I was called in I did my best but my words just wouldn’t come out properly, I was OK but nowhere near as good as I thought I would be”. When she later heard she didn’t get the job she assumed that he had got it, which just reinforced her belief she was not as good as him. Whilst she was in the waiting room the conversation in her head went something like this: “OMG look at him, he really looks the part, he looks smart but casual, I feel like an idiot now I wish I had worn something else I look too formal. I bet he’s really confident look how he’s chatting to that guy, I bet he puts in a good word for him! he is bound to get the job over me, I am not even on his level”. Had she gone into the interview with the same positive internal voice that she had before she saw him, she would have given a totally different representation of herself and massively increased her chances of getting the job she wanted and deserved.

So let me ask you, is there something negative that you say to yourself on a regular basis? perhaps to do with the way

you look, or you ability or inability to do something. Based on my work with clients it might be something like this ” I always fail I just cant stick to it” or ” I am just not clever enough”. On a scale of 1-10 with 10 being the strongest, how much do you believe this statement and how does it affect you when you hear it?  Now let me ask you this and reflect for a moment before you answer, what if you are wrong? what if you can stick to anything you want to, what if you are not stupid you are intelligent enough to achieve what you want ……. to quote John Valjohn (Les Miserables) what if “you are wrong and always have been wrong” . finding out you are wrong (and always have been wrong)  means different things in different time spans; for example it means that if you truly have been wrong, then in the past you have wasted much time and possibly suffered much as a result, and that is very sad. Wasteful even. But, it also means that influence can stop now. From this moment on you can act and behave differently now you know it isn’t true. If I could in true Harry Potter style remove this thought or belief from you now, what difference would that make to you moving forward? what will you do that you would not have done? what will you try that you would not have tried? and if you do things differently now, knowing it was not true, what different outcomes might you get, that you would not have got if you had wrongly kept that old belief alive simply by repeating that statement?

If thoughts and words create a self fulfilling prophecy then choose your words very carefully. Imagine your life is a story, and you are the author. What you write you get. What you think happens, happens. And apart from a few inevitable surprises along the way, you get to choose what happens and how you react to the things you cant control. People who don’t believe they could ever pass a driving test don’t even bother learning how to drive; people who don’t believe they are clever enough don’t apply for university and never realise their potential, people with voices like angels who don’t believe they can sing, never actually share their talent with anyone else. So many lost opportunities, just because of a few words holding you back.

Here’s my gift to you today. Think of something you would really like to have said to you everyday, something that would uplift and encourage you, really move you to action. Then think who you would like to hear say it. This may be a friend, or maybe George Clooney or someone inspirational you have never even met. If that person said this with real meaning – how would it affect you? when we hear our mothers say something nice, it’s tempting to think “she would say that because she’s my mother!”  and you maybe right, however when someone else you would give credibility to says it, it means more. So here’s what you do. Write it down on a piece of paper what you would like to hear. Be realistic, please do not write “I can fly” but maybe something like “your life is a story and you are the author – your character is smart enough to know exactly how to achieve whatever you want and is grateful for everything you  have and will have. Today you will walk that talk”  every morning on waking and every evening just before sleeping read it to yourself in the voice of this inspirational person. Become your own life coach; repeat this exercise every day for 2 weeks and notice what’s different. I wont tell you what happens, you try it for yourself and then share your experience with me on my Facebook 🙂

My next blog on this subject will look at how other peoples “stuff” gets recorded onto our internal voice so that our negative thoughts, aren’t even our own negative thoughts they are inherited or adopted from someone else!

My next 2 TFT (thought field therapy) courses are coming up in Rugby on April 20/21st and Glasgow May 4/5th so if you want to learn how to use this amazingly simple tapping therapy to eliminate a range of anxieties fears or phobias, or just to stop self sabotaging, then come along and have 2 days of treatment and go away with a skill set that can literally change your life. Check out my website for video clips and a brochure.