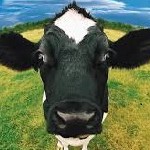 One of the reasons I fell in love with my house was that it is right beside fields with well established footpaths. Perfect for walking (especially to the pub on a summers evening!) or jogging. The only problem was that several times I when got three quarters of the way around my route, one of the fields was full of cows. This was a problem as I have twice been chased by a herd of cows and have a genuine fear. After some successful tapping (TFT) for the fear I became able to go through a field with cows in, as long as they were the other side far away from the footpath and I could see an escape route, even if it meant jumping over a hedge! They weren’t always so obliging and often they would gather by the gate on the opposite side meaning I would have literally had to “shoo” them out of the way. That was never going to happen, so on more than once occasion I had to turn back. This happened so often that in the end I gave up and stuck to the roads. My joints were not impressed with the extra impact. It must be over a year since I tried the field route and yesterday I decided as it was such a lovely day I would take a look, just in case the cows were in another field. Off I went fingers crossed. To my amazement and joy I saw that the lovely farmer has installed fencing across the walkways so that even when the cows are in the field, walkers are protected. Wonderful! This morning I went again and felt fantastic. I had a look at the fences thinking they must have only just gone up, and noticed that they look very well worn in, and saw they must be at least a year old as they are actually quite weathered. So all this time I have been avoiding doing something that I really enjoy (and is good for me!) because of a fear of something that no longer existed. There has to be a metaphor in there somewhere 🙂