Is it time to give up giving up?

With Easter Sunday upon us, many thousands, maybe even hundreds of thousands of people will be going back to 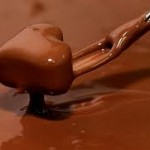 having or doing whatever they gave up for lent. I remember once giving up chocolate for lent. I have always been rather partial to a bar of chocolate, but oh boy did I underestimate the impact of not being able to have it! Prior to lent I would have had maybe 2-3 bars per week. The day before lent I had several bars to “stock up” and help get me through the next 40 days. Interestingly when I am doing a stop smoking therapy my clients often tell me they smoked far more than usual the day before to make the most of their last day as a smoker! and there I was doing exactly the same thing – without even thinking! I never really thought about chocolate before, if I saw some and wanted it I had it, but I never actually thought about it. But – as soon as I knew I couldn’t have it I found myself thinking about chocolate and the fact I couldn’t have it almost continuously. By the end of day one I had the biggest chocolate craving I had ever experienced. Day two was the same, and by the end of the first week I felt physically and emotionally deprived. This went on for the next few weeks, until at one point I was actually dreaming about chocolate! It was absolutely ridiculous. Somewhere around the 21 day mark, I began to think about it less and the cravings began to subside. I adapted. On Easter Sunday, the end of my 40 day abstinence, I ate copious amounts of chocolate just because I could, rather than because I wanted it. I genuinely didn’t really want it – yet I ate it, without thinking. This experience which was about 10 years ago has stayed with me and has helped me to understand how my weight loss clients feel when they go on various diets where they are given a list of things the absolutely cannot have. This is one of the key differences between my weight loss system and other “diets”. I teach people how to genuinely not want something, rather than to have the “will power” to deprive themselves of it. A couple of years ago I was on the Chris Evans radio show demonstrating how using Thought Field Therapy (TFT) you can literally tap your craving away. I taught Sally Traffic to collapse a craving for wine and Chris’s driver for  a strong kebab craving. It was a great success!
But all this  begs the question, what is it about our brain neurology that generates such a strong desire for something we can’t or shouldn’t have? The same principle can be applied to relationships; how often have you heard about someone who has an admirer but they are indifferent to their advances. Then when their admirer gives up and moves on, suddenly they want them! My guess is that as you read this, you can also think of something that you really wanted, and then when you got it, you didn’t want it anymore! Maybe the lesson is much bigger than whether or not we want chocolate just because we can’t have it, or want a house we know we cant afford, or want to be with someone who doesn’t want to be with us. Maybe what we can learn from this is that you don’t find happiness searching for a “thing” that is unattainable. Notwithstanding the fact that motivation towards what is achievable is a good thing, if you really know you can’t have it. Let it go. Everything you need is within you, or within your grasp. The rest……. well that’s just not for you. Imagine you are born with a finite amount of energy, if you use it up chasing something you can’t have (especially if you know its not good for you), that would be pretty silly, would it not?
If you want to learn how to change how you think and feel about food, including how to use TFT to tap your cravings away, come along to my one day practical weight loss workshop Think More Eat Less. Upcoming venues Watford, Rugby, Warrington, Glasgow. https://powertochange.me.uk/weight-loss/